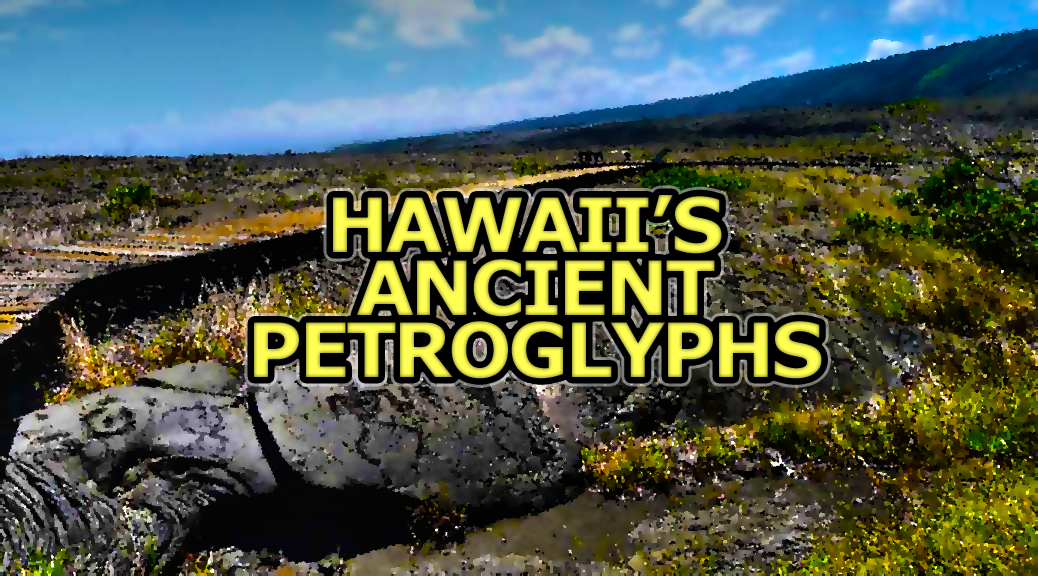 Petroglyphs date back to the early days of our modern existence, ranking among the various primitive communication methods known to have evolved alongside cave paintings. Some are believed to even date back as much as 40,000 years.

Their significance can be interpreted in varying ways, while their regional styles are unique to each particular culture. Some of the ways we can categorize them include:

Often, the cultures whom are responsible for creating these earthen works of art cherish them with deep religious sentiment and their spiritual roots extend throughout what we may consider their core dogmatic belief systems. 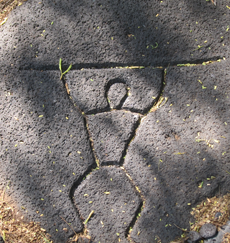 Historically, Hawaii has a culture of mysterious spiritual phenomenon including paranormal folktales and legends. It is no surprise that they are one of the stewards of ancient Petroglyphs which have become world-famous. We know that there are about 3,000 Petroglyphs just in one state park alone - the Puako Petroglyph Field - so who knows how many more dot the landscape of this island chain,many still hidden underneath layers of sand.

We don't quite know when they were first discovered, as the origins of them date back to the time of the first settlers when we didn't document as well as we could have. It seems that they followed an evolutionary flow beginning with stick-figure types of shapes, then becoming more bulbous in form and finally they became more triangular as the design standards matured over generations. We do know that they are placed quite intentionally where they are and nothing about them is aloof or done without purpose, intent and much planning. 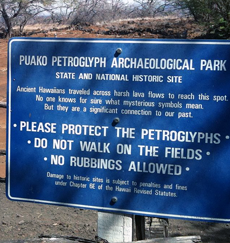 The latest discovery was made by a pair of tourists in 2017. A total of 17 were found carved into the bedrock along a coastal beachfront in Oahu, located on Hawaii's western-mst side.The petroglyphs had long since been drowned out from the daylight and would-be picturesque scene surrounding them. Masked by decades of mother nature's receding tides, rocking to and fro along the shoreline,  layers of sand resulted in the stifling their existence.

The largest was 5-feet tall - although the entire cache stretched at least 60 feet. When asked about their origins, a local descendant of the aboriginals whom inhabited this land and originally created the Petroglyphs said it is culturally significant that the descendants continue to decipher these markings as they are aware of the history – passed down to them orally from generation to generation. Many of the carvings in Hawaii no longer have a culturally significant story to accompany them.

A number of these glyphs show detail of hands and fingers , which we learned is extremely abnormal compared to all previously recorded discoveries. Most often seen depicted are turtles, canoes and other aquatic mammals who call the Hawaiian shores their home. 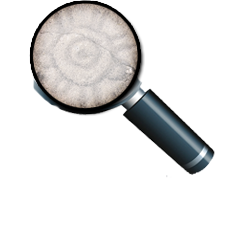 In North America there are:

1. Utah's Canyonlands National Park boasts a 200-square foot rock dotted with hundreds of inscriptions. Known to be a cumulative effort from many different cultures such as Archaic, Anasazi, Fremont, Navajo Anglo & more It is known as the "rock th tells a story." It's sort of a visual storybook covering a multitude of significant events.

2. Michigan's Sanilac Petroglyph National Park – This was uncovered during strange circumstannces in 1881 only after wildfires roared through the giant forest, incinerating everything in their path. As a result, vast swaths of Sanilac County were left with nothing but charred remains. Although this was devastating, a tiny glimmer from silver lining's playbook peeked through the ash in the form of the Petriglyphs entombed for so long under the organic matter and foliage.

1. Trace things back to around 5,000 B.C and you will stumble upon the creators of "It'a Letra" – home to unfathomable Petroglyphs that leave most in awe and amazement once they behold this archaic site. Apparently explorers have been attracted here fr many hundreds of years, trekking across vast distances from all angles on the map so they could see what Nordic explorers inscribed – star maps of the constellations,

Many of us know about Petroglyphs by way of Ancient Aliens since they are always referencing the Nazca Lines. However, we were quite surprised to learn just how prevalent and widespread discoveries of this ancient artistic expression truly are.